After many years of planning, Katie Noonan is thrilled to announce the launch of AVÉ (Australian Vocal Ensemble) in Tasmania for 2021. A world class vocal quartet combining four of Australia’s finest vocalists are embarking on recording their debut album and their first national tour this year. The quartet sees Katie joined by three extraordinary, internationally renowned artists –

Their repertoire, like our Australian culture, will be a unique blend of the old and the new:

The OLD – the glorious spiritual music of the late Renaissance and the early Baroque – the golden age of vocal polyphonic writing.

The NEW – modern music of the 20th and 21st Century, with a particular focus on new Australian music. Every program will feature new Australian works and engagement with our First Nations People.

Over the past 20 years, five-time ARIA award-winning artist Katie Noonan has proven herself one of Australia’s most hardworking, versatile and prolific artists. Named one of the greatest Australian singers of all time by the Herald Sun, Katie has produced 20 albums over her career with seven x platinum record sales under her belt and 25 ARIA award nominations that span diverse genres. Katie has performed for royalty, national and international leaders, and blazed a trail for young women artists. Music, for Katie, is a lifelong lesson, a generous act of giving, and a means to change the world

Andrew Goodwin was born in Sydney and studied singing at the St Petersburg State Conservatory. His career as an operatic tenor has seen him embrace a wide range of roles at some of the world’s greatest opera houses, including La Scala Milan, Gran Theatre Liceu Barcelona, Teatro Real Madrid and the Sydney Opera House. Notably, he is the only westerner to perform the role of Lensky at the Bolshoi Theatre.

Proclaimed “Outstanding” and “Best Mezzo in Australia” by The Australian, this “Diva Extraordinaire” and multi award winning performer Fiona Campbell is one of Australia’s most versatile and beloved singers. A mother, Producer and ABC Presenter, accomplished international performer, recitalist and recording artist, Fiona has consistently entranced audiences and received wide critical acclaim for her powerful performances and exquisite musicianship.

As a performer and educator Perth-born Andrew O’Connor is versed in a wide variety of styles and genres. Andrew is a Lay Clerk with St Mary’s Cathedral Choir, Sydney, was an Associate Artist with Pacific Opera in 2019, was the winner of the Royal Melbourne Philharmonic Aria Competition 2020, and from mid-2021 joins the newly formed Australian Vocal Ensemble. From 2015 – 2019 he was a core member of The Song Company and has since developed a busy freelance portfolio career appearing with virtually all of Sydney’s leading music organisations. He balances these commitments with an emerging career as a soloist.

‘An absolute success, with a fascinating mix of the old and the new, highlighting Australian culture in all its forms – 5 Stars‘

Festival of Voices is closely monitoring seating capacity updates regarding this venue. This venue is approved to reach 100% capacity with no mandatory mask-wearing.

To avoid any unnecessary transfer of germs, there will be no coat check facilities at this venue. 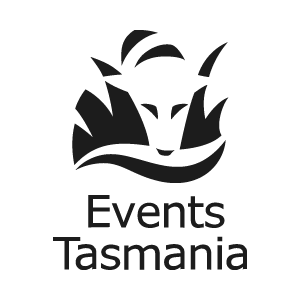