The Petite Messe solennelle (Little solemn mass) was written in 1863 and is arguably one of the most remarkable of all the nineteenth-century choral masterworks. In 2023 we will celebrate 160 years since it was first performed. The style that Rossini uses in his twilight years (this being one of the last works he wrote before his death in 1868) is comparable to the choral music of Haydn, Fauré and Poulenc.

The beautiful melodies in this work are intertwined with the comedic sense of irony that gave Rossini so much of his success with the opera buffa genre. This piece is neither small, nor solemn!

Rossini structured his mass in the tradition of the missa solemnis but added the petite label as a little joke. He wrote on the final page of the manuscript: “Dear Lord, here it is finished, this poor little mass. Have I just written sacred music, or rather, sacrilegious music? I was born for opera buffa, as you know well. Not much technique, a little bit of heart, that’s all.” 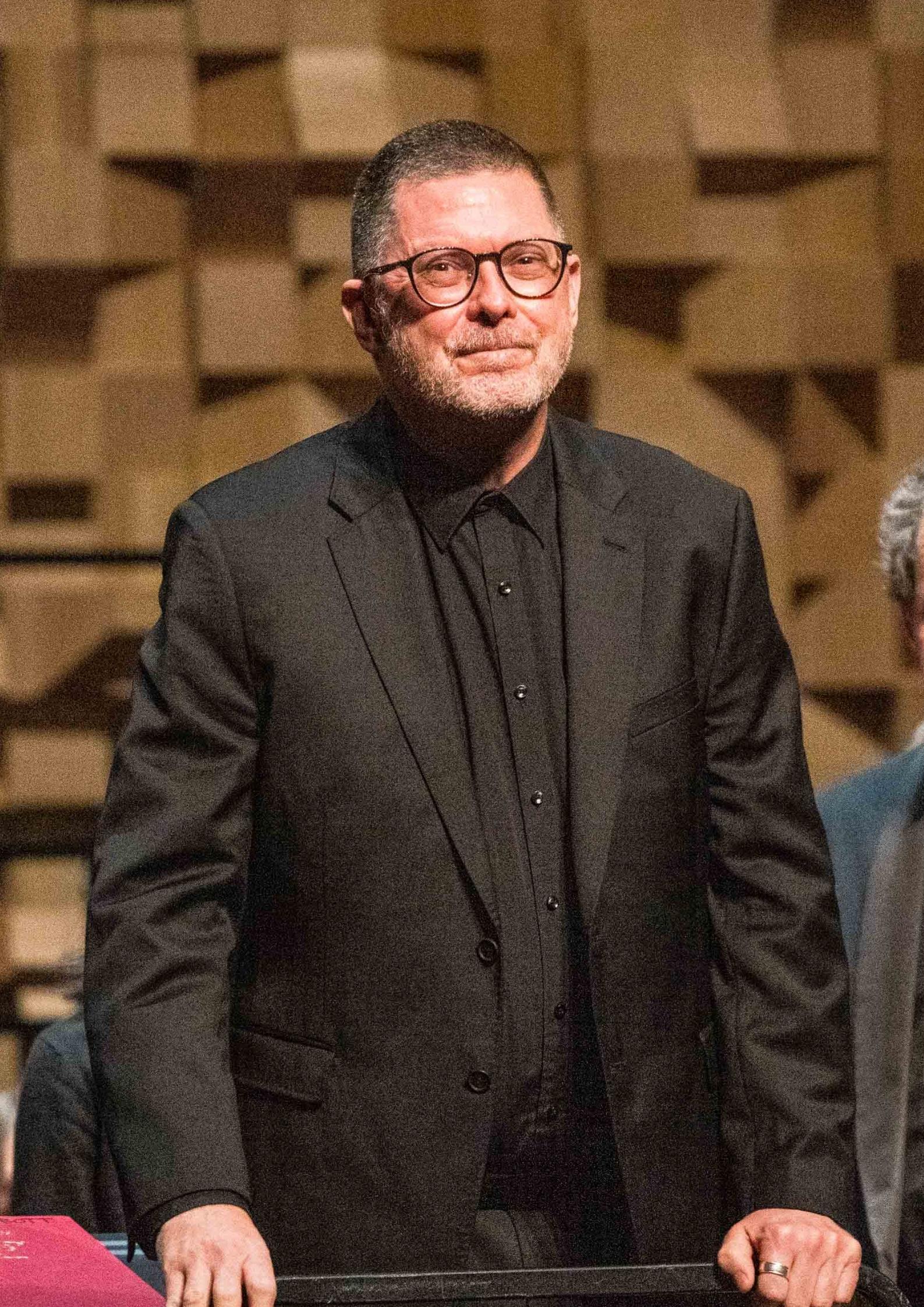 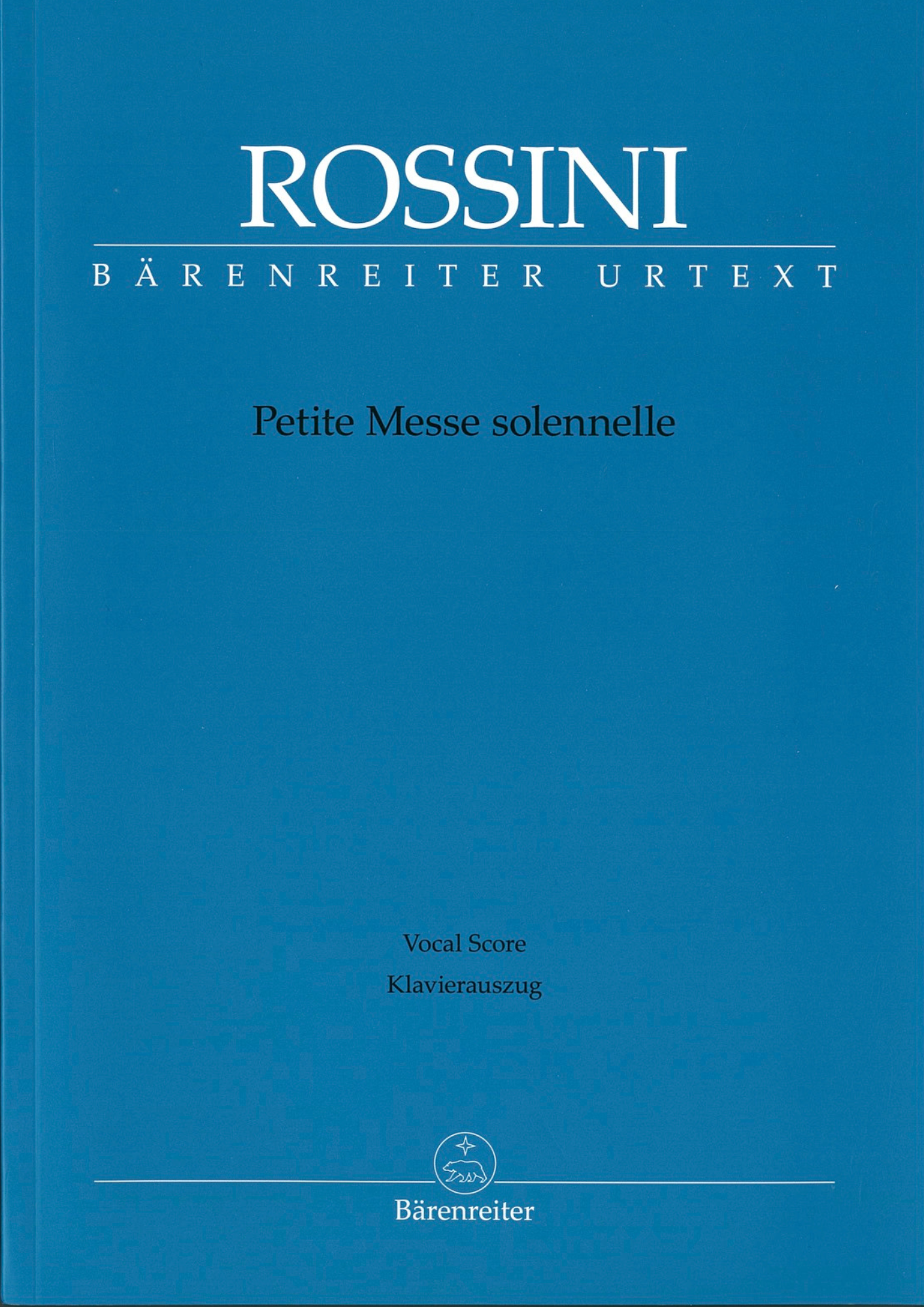 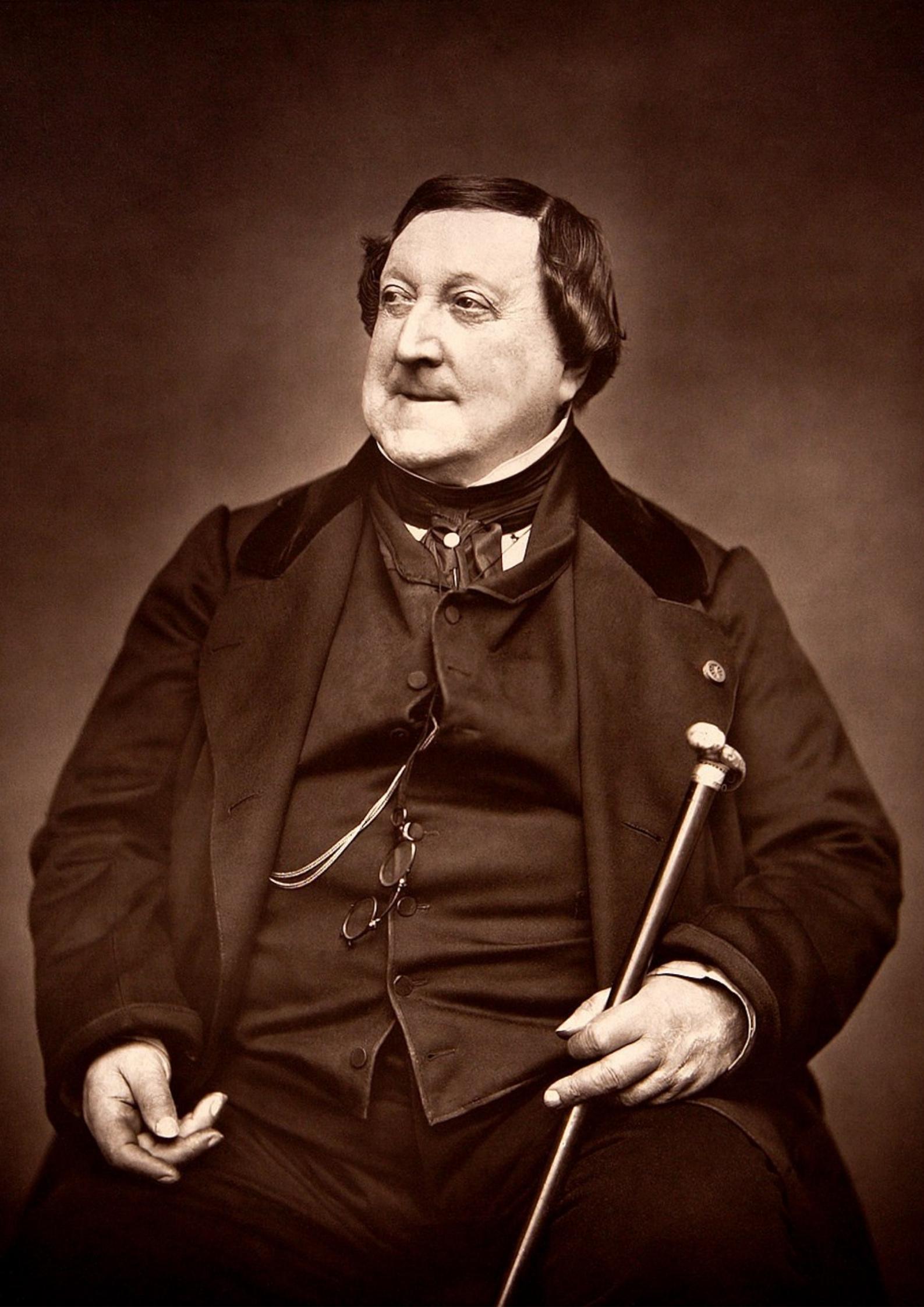 Graham Abbott has been Conductor-in-Residence at the Elder Conservatorium of Music Adelaide, Musical Director of Adelaide Philharmonia Chorus, Associate Conductor of the Melbourne Symphony Orchestra, Musical Director of Melbourne Chorale, and in 1997 was Guest Chorus Master of the Chorus of the Royal Scottish National Orchestra. He has worked with all of Australia’s major orchestras, choirs and opera companies.

”“I am delighted to have been invited to return to the Festival of Voices in 2023 to conduct one of my favourite works, Rossini's Petite Messe solennelle. Even though the composer later orchestrated it, we’ll be presenting the original version, scored for choir and soloists with two pianos and harmonium. This extended setting of the Mass is one of Rossini's last works, written decades after he'd retired from opera, but still full of his charm, wit and endless gift for melody.

Rossini called it "the last sin of my old age", and while its title is ironic (it's neither little, nor particularly solemn), it still contains music of enormous power and depth. The great fugues show an unexpected gift for complex counterpoint, while the concluding Agnus Dei is heartbreakingly beautiful. Audiences will be swept away!”

This workshop will be popular with many individuals and small groups, choral society members, church choirs and anyone who enjoys a welcoming inclusive environment. Bring a choral friend and come along to the fulfilling, feel-good rehearsals.

This fee will cover the cost of your vocal score (valued at $50 – non-refundable), festival accreditation, light refreshments, opportunities to network with like-minded choristers and specially negotiated accommodation rates. This is a unique opportunity to work with one of Australia’s leading choral conductors and perform with guest soloists.

*A Booking Fee of $3.00 applies, plus a 2.2% Basket Fee which will be calculated at check-out. All bookings are non-refundable. You can find the full Conditions of Sale here. 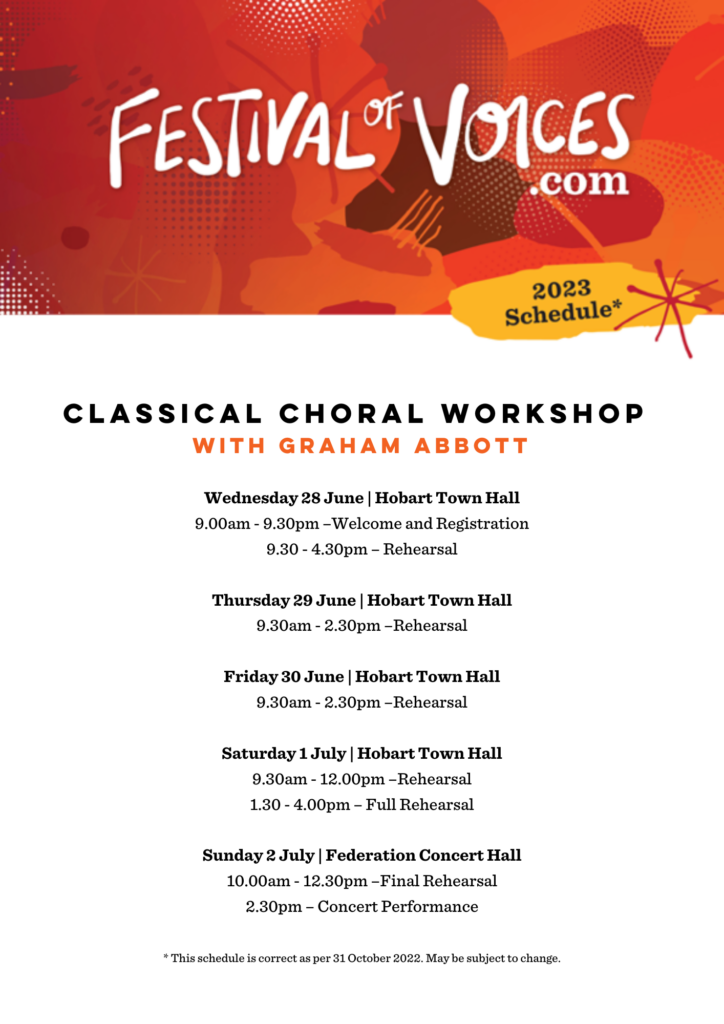 Guide Dogs and service animals are welcome at all FOV events.

Physical Distancing:
This event is in a non-fixed seated venue. Seating will be positioned with sufficient space between participants. Please be mindful of physically distancing from others when moving through the foyer at the beginning and end of this event.